Gopal has been involved in fighting for social, economic, environmental and racial justice through organizing & campaigning, teaching, writing, speaking and direct action since the late 1980's. He currently serves on the Staff Collective of Movement Generation: Justice and Ecology Project, which brings a strategic understanding of ecological crisis and transition to racial and economic justice organizing.

Gopal is an active trainer with and serves on the boards of The Ruckus Society and the Center for Story-based Strategy. He also serves on the advisory boards of The Working World and Catalyst Project. Gopal works at the intersection of ecology, economy and empire.

Gopal has been a campaigner for Silicon Valley Toxics Coalition on human rights and environmental justice in the high-tech industry and the Oil Campaigner for Project Underground, a human rights and environmental rights organization which supported communities resisting oil and mining exploitation around the world. Gopal has been active in many people powered direct action movements, including the Global Justice/Anti-Globalization Movement, Direct Action to Stop the War, Mobilization for Climate Justice, Take Back the Land, and Occupy.

Gopal was an elementary and early childhood educator, working formerly as a teacher and as the co-director of the Tenderloin Childcare Center, a community based childcare center supporting children and families forced into homelessness. He has worked in teacher education and education organizing in the US and briefly in India.

Most importantly, Gopal is the father of Ila Sophia and Kavi Samaka Orion. He lives in Oakland in an intentional, multi-generational community of nine adults, eight children and a bunch of chickens.

*Intersecting Worlds: The One We've Got, The One We're Building, The One's We Imagine (Keynote Panel)
Beyond Divestment: Moving from Fossil Free to Funding Our New Economy
Flexing Our Power: Movement Building for a Just Transition 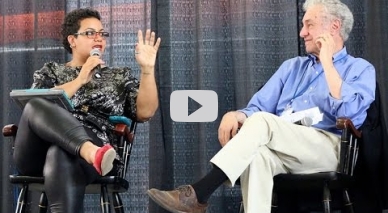