Skip to main content
Institute for Local Self Reliance
Undefined

Stacy Mitchell directs ILSR’s Community-Scaled Economy Initiative, which produces research and analysis, and partners with a range of allies to design and implement policies that curb economic consolidation and strengthen community-rooted enterprise.

Much of Stacy’s work has focused on two pivotal sectors of the economy: retail and banking.  Among the first to raise the alarm about the rise of mega-retailers in the 1990s, Stacy is a nationally recognized leader in the movement to counter their power. Her book, Big-Box Swindle: The True Cost of Mega-Retailers and the Fight for America’s Independent Businesses, has appeared on several top-ten lists and was described by Bill McKibben as “the ultimate account of the single most important economic trend in our country.”  Her research and writing on the advantages of devolving economic power have influenced many decision-makers and helped guide grassroots strategies.  She has written for a wide range of publications, including Business Week, Salon, The Nation, Grist, Sojourners, and others. She is regularly quoted in local and national news media and produces a popular monthly newsletter, The Hometown Advantage Bulletin.

An engaging speaker, Stacy has been a featured presenter at many national conferences. In October 2012, she gave a provocative and widely discussed TEDx talk on “Why We Can’t Shop Our Way to a Better Economy.”

Reach her on Twitter @stacyfmitchell or by email at smitchell [at] ilsr.org

A Localist Agenda: Policy and Politics for Building a Community-Scaled Economy 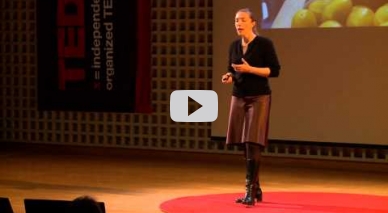 Why we can't shop our way to a better economy